The Forbes Group is a collection of successful companies owned and operated by accomplished Western Canadian entrepreneur, Michael Forbes. The Forbes Group is quickly growing its list of acquisitions in industries which offer a wide range of products and services that touch the lives of people every day.

Michael combines entrepreneurial success with a substantial commitment to giving back to his community.

From motivational talks to health seminars

Want Michael to talk at your next event?

Have a business idea you don’t know how to launch? Need help taking your business to the next level? Michael can help!

With visionary leadership provided by its business development team, The Forbes Group is committed to delivering total customer satisfaction. Its overarching goal is to enable the full array of diverse The Forbes Group companies to become leaders in their markets and to deliver products and services that better serve their customers.

This website is designed to provide customers, employees, financial partners, and suppliers with a better picture of the scope and scale of The Forbes Group.

Forbes Group is a diverse company that focuses on innovation in the health sector through evidence-based medicine and technology.  Forbes Group strives to create affordable and preventative health solutions for patients across Canada.  With a strong passion for helping others be their best selves, Forbes Group acquires and invests in health care businesses in emerging markets such as integrated pharmacies, medical practices, wellness service technology and health supplements.  Forbes Group vertically integrates other businesses to serve the common goal of preventative and integrative medicine to make people’s lives better.

Through strong values and leadership, Forbes Group is an employer of choice, as demonstrated by its strong employee retention and relationships.  Forbes’ employees are entrepreneurs themselves and are given the tools to better their lives through pursuing their passions at work.  Management has a grassroots style where the CEO and managers work alongside many of the various employees in different sectors.

Forbes Group believes that by listening to a person’s passion first before assigning the work creates a much happier work environment and productive workforce. Accordingly, each employee is listened to and is given the appropriate work that corresponds with their unique passions and strengths, creating a positive work culture and family.

Forbes Group believes that everyone has the opportunity to excel upwards within the company based on their demonstrated ability and not seniority.

The Future of Forbes Group is bright.  With many acquisitions and new ventures planned, Forbes Group will be changing the framework of medicine and making lives better along the way.

Michael is both a medical professional and a dynamic health services entrepreneur. He attended the University of British Columbia on swimming and skiing scholarships, graduating in 2002 with a BSc. in Pharmaceutical Sciences. Michael has obtained additional certification in Hormone Restoration, Regenerative Medicine and, more recently, Cannabis Plant Production & Facility Management from Kwantlen Polytechnic University.

Michael is the founder and the majority shareholder in Clarity Cannabis. Clarity’s plan is to open 100+ cannabis retail stores in Canada. He currently has 32 licenses across 3 provinces in Western Canada and intends to open 60 stores in Ontario throughout 2019. Michael also serves as a voting director on the board of directors for Choom™, a publicly traded company on the Canadian Securities Exchange. He is also the Chief Operating Officer at Choom™. In addition, he is the Quality Assurance Officer of Specialty Medijuana Product Inc, a Licensed Producer of Cannabis.

Michael has a proven track record of creating and operating successful companies in the pharmaceutical and health care sectors. Over the course of 14 years, he has created and operated a chain of nine pharmacies throughout British Columbia and Alberta, and eight medical clinics, including three methadone clinics, employing over 160 people. His compounding Forbes Pharmacy and Ageless Living brands stand out, offering clients unique health care and creating solutions specific to their personal needs.

His expertise led to him being nominated to help create the procedures for the College of Pharmacists of British Columbia in 2010. Creating standard operating procedures in the pharmaceutical space is vital in ensuring proper drug dispensing to the public and his experience has been crucial in creating trust with the consumer and the industry at large.

Through his Forbes Group of Companies, Michael also owns apartment buildings and rental units in British Columbia, Alberta and Saskatchewan, Casino Royale Rentals, Bubble Soccer, and West Coast Super Storage. Michael is engaged compassionately in the communities he serves professionally. He has helped raise funds to assist patients, local schools, the SPCA, and he has worked alongside the Langford Fire Department to raise money for Cystic Fibrosis.

Michael Forbes is a member in good standing of the BC College of Pharmacists. He recently won a prestigious Quantum Shift fellowship. Backed by KPMG, the Ivey Institute for Entrepreneurship, TD Commercial Bank and The Globe and Mail, this fellowship is awarded each year to 40 of Canada’s most promising entrepreneurs.

The Forbes Group management has a grassroots style, where the CEO and managers work alongside many of its employees in various sectors.

Forbes Group believes in listening to a person and determining their passion, and only then assigning them projects or tasks that correspond with their unique passions and strengths. This helps creates a much happier work environment, and a more productive and positive work culture. It’s less a traditional workforce and more akin to a friendly, family business.

Forbes Group believes that everyone has the opportunity to excel upward within the company based not necessarily on seniority, but on each person’s demonstrated ability.

The future of Forbes Group is bright.  With many acquisitions and new ventures planned, Forbes Group will be changing the framework of health-care services and making lives better along the way. 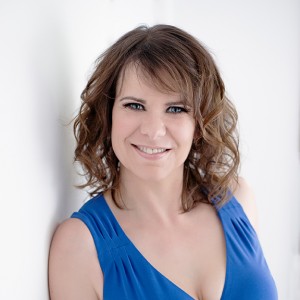 Brenda oversees all financial and operations aspects of our company. in addition, Brenda’s expertise and experience is relied on when advising on business strategy, new stores, purchasing, merchandising and IT.

Are you a smart cookie and an enterprising individual, able to offer leadership as well as work as part of a team? Consider investigating opportunities with The Forbes Group, headquartered in Victoria, BC, Canada. The Forbes Group has diverse businesses, including delivery of health care services, advertising and media production, food retail and distribution, interior decor and home building supplies, moving and storage, and residential living.

The Forbes Group of Companies:

The Forbes Group offers expertise and opportunity in many different corporate realms. Please use the form below to contact us and discuss the ways we might be able to help you.

Are you looking for a speaker to inspire and galvanize your organization? Michael Forbes is an inspirational speaker. Topics for his talks, seminars, and webinars range from health to business motivation. Please use the form below to contact The Forbes Group for details.

Michael Forbes knows a thing or two about the joys and frustrations of acquiring a business, or starting one up, or building an enterprise. If you are an entrepreneur looking for some smart ideas and some wise counsel, then please fill out the form below for more details.